HEDÉN is a company within the motion picture media industry based in Gothenburg, Sweden. The company was founded in 1964 and it is specialized on lens motors and control systems for focus, iris and zoom control. The company develops, manufactures and markets the products worldwide. A new team and owner, Seafire AB, took over the company in 2016.

The company was founded in 1964 by Björn Hedén, at the time working with the Hasselblad Company and the development of the now legendary HASSELBLAD 500C. The intention was to design and construct high quality camera equipment. Together with the cinematographer Albert Rudling, Björn Hedén developed a motor and a control-unit that controlled zoom, focus and iris for film cameras.

During the following years HEDÉN products became a standard in the film industry when zoom, focus and iris control became vital parts for film cameras. In 1971 Björn was nominated for a technical Oscar for his works. Around 1973 the new line of motors came out. They featured a patented planetary ball gearbox that made them incredibly strong, fast, precise and quiet. In 1976 the revolutionary ZF-2000 control handle was released. With one single handle you could control both zoom and focus with an extraordinary accuracy that had never been possible before.

In the 1980's, HEDÉN equipment became extremely popular among film photographers and became common on Steadicams, Skycams, Helicoptercams and cranes. In 1990 NASA and ESA sent special built HEDÉN motors to space in a very successful mission. The rest of the 90's continued with strong sales of HEDÈN products. With a new millennium and over 35 years in the business, the HEDÉN Company introduced a new line of vertical mount servomotors with several new unique features.

The introduction of the world smallest and lightest vertical mounted lens servomotor, the HEDÉN M21VE, in 2009 was a success. In 2014 HEDÈN introduced the world first Bluetooth Focus / Iris control unit, CARAT.

The Versatile Lens Control system, VLC with the small vertical motor VM35, a universal zoom motorization system was presented in 2017.

In 2018, two new products were introduced, LM30 and Ymer-1. The ultra-lightweight vertical LM30 motor was the result of a successful collaboration with Shotover, it is even smaller and lighter than the M21VE.

In 2010 Mr Björn Hedén was awarded an Oscar scientific or technical Award from the Academy of Motion Picture Arts and Sciences for the year 2009. The award was gained for the M26T Motor. 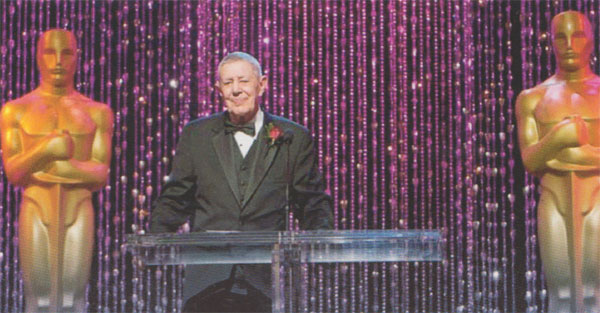